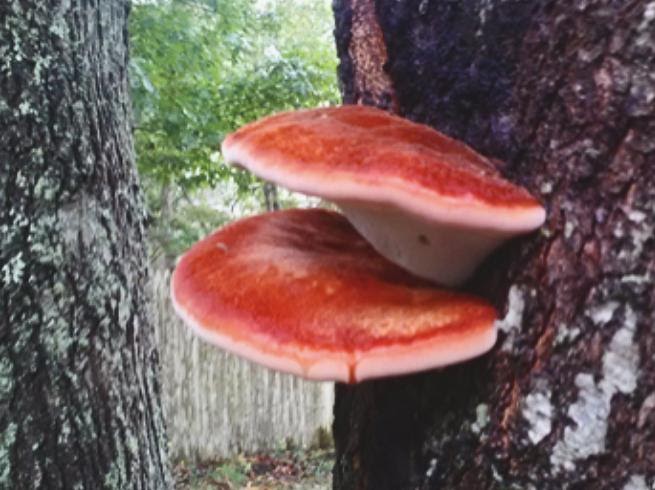 Rare, medium or well done? How do you like your beef steak fungus?

Fistulina hepatica (commonly known as beefsteak fungus or ox tongue), is a unique bracket fungus. Although this particular type of fungi is habitually found in the United Kingdom, it can also be found Europe, Australia, North & South Africa and North America. Beefsteak fungus is an edible bracket fungus and has historically been used as a meat substitute; it is best when foraged as a young specimen and would need to be cooked.

Beefsteak fungus is in resemblance to a large tongue, with a rough texture. When young and fresh, the bracket fungus is found to be a pinkish red colour, dulling to a reddish-brown colour and eventually brown/ black with age. When the bracket is cut when young, it bleeds a red juice, resembling that of steak. The underside of beefsteak fungus is a creamy-white colour.

What effect does Fistulina hepatica have on trees?

Fistulina hepatica causes brown rot in trees, however it is not considered to be pathogenic. Over time, the fungus will cause decay within the heartwood of the infected tree. It can cause burring in Oak trees, which gradually pierces through to the sapwood of the tree. Long-established decay will eventually cause structural failure to the infected tree.

What trees can be affected by Beefsteak fungus?

Beefsteak fungus will commonly target either the living or the deadwood on Oaks and Sweet Chestnuts from late summer through to the end of the autumnal season. However, it can target the following species (note; this is not an exhaustive list):

Are you concerned that one of your trees could be suffering from Beefsteak fungus? One of the team will be more than happy to discuss your concerns.

Contact us on 01603 358778, or for a more rapid response, send us some pictures of the suspected fungi for a faster identification.