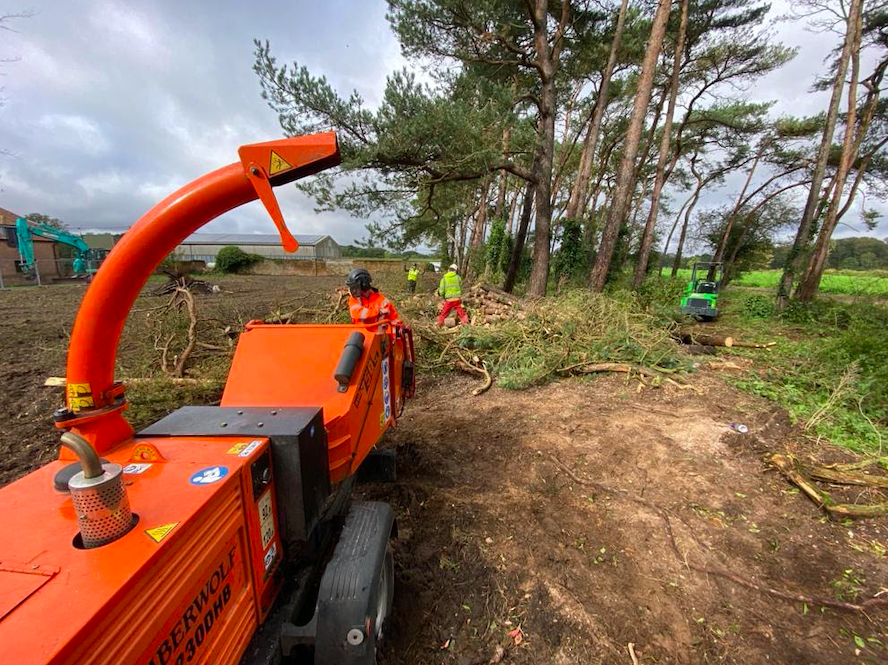 Towards the end of 2020, we carried out a project for a private client on a tree shelter belt on a construction site in North Norfolk.
To begin with, we needed to reduce back the undergrowth in the shelter belt in order to allow for safe footing for the team to carry out the next stage of the project.

After the flailing of the undergrowth, the team removed the trees to ground level that had been deemed as unsafe within the shelter belt. Brash was then stacked within the shelter belt in various areas to create habitat
piles and hibernaculum for wildlife. Moving on from the initial tree removal, the final stage of the project began. Replacement tree planting. As a part of the specification, it was agreed that it’d be an advantageous idea to plant replacement trees for the dangerous ones that had been removed; also rejuvenating the shelter belt area. This also benefits the shelter belt for not only rejuvenation, but also to aid a healthy tree stock. A total number of twenty-seven trees were planted; with species including, Larch, Holly, Silver Birch and Scots Pine.

Once the project was completed, the team left the North Norfolk site with yet another satisfied customer for Dr Stump