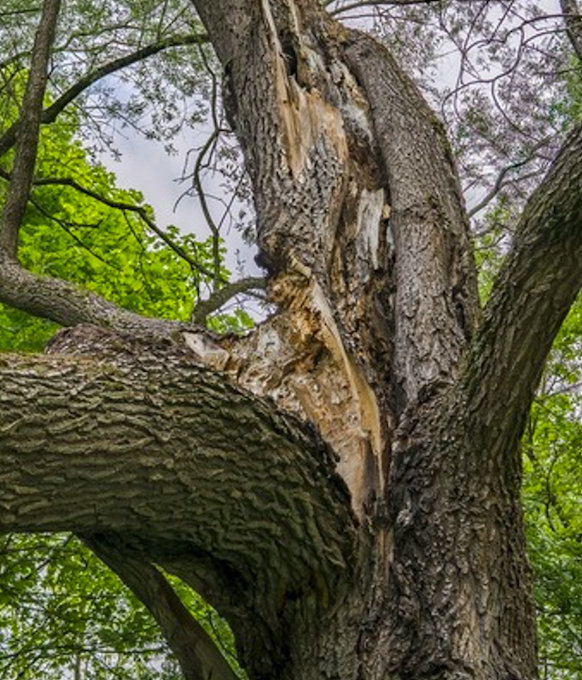 Summer Branch Drop: What is it?

‘Summer branch drop’ is the term that describes the failure of mature branches with no obvious cause during the summer period.

Summer branch drop usually occurs during the summer months. It has been recorded to occur after the onset of a heavy rainfall following a prolonged dry spell of weather. However, even though there is the potential that this combination of weather is related, it has not been confirmed to be the main cause.

Is there any particular tree species that summer branch drop occurs in?

It has previously been reported that summer branch drop has occurred in Oak, Beech, Ash, Sweet Chestnut and Horse Chestnut. However, historically it has also been reported in English Elms.

What can cause summer branch drop?

As mentioned above, it has been reported although not confirmed, that particular weather conditions can have an influence on sudden branch failure. Moreover, branches that are more likely to fail suddenly during the ‘summer branch drop’ period are the longer, over-extended limbs, usually at least 10cm in diameter, these are the limbs that usually extend to, or beyond the rest of the crown of the tree. In the earlier summer months, the added weight of newly-developed fresh foliage and fruit onto the end of the over-extended limbs, as well as surface water from the rain, potentially results in added pressure onto the branch structure. This may then lead to branch failure.

At the fracture point, the wood may appear sound. However, it’ll usually be at right-angles to the axis of the branch cutting across wood fibres that it’ll fail. Even though the wood may appear as sound, branches may have an internal defect or an historical earlier weakening that isn’t visible on the exterior of the tree. As well as the above; stress to the tree, internal cracking and previous storm damage may also count as factors. Branch fracture is often associated with decay, although this is not always the case.

In conclusion to above, it is advised that tree owners remain vigilant and routinely have inspections carried out on their tree stock. If you’re unsure if your tree is susceptible to summer branch drop then contact us today for professional tree care advice.